Henry Pele-Kann is a bird that has hailed from Mario & Luigi: The Furious Five. He has a major role of Angry Birds: A Silver Lining.

Henry is an ancient murrelet, he has a white underbelly and black top feathers. He has a dark beak, with spots under his eyes.

Henry is known to be a quiet, but friendly bird. He is shy to people he's never met, and is socially awkward. Henry tries charismatic but is still nervous, scared of failure.

Hank is Henry's best friend, and they are usually together talking or practicing. Hank knows many of Henry's secrets, and Henry knows several of Hank's.

Becky is Henry's secret crush. Henry has always been too scared to tell anyone this secret, and he wants to keep it that way.

Sarah is Henry's good friend and band leader. She has a strong, confident attitude, which Henry somewhat looks up to. 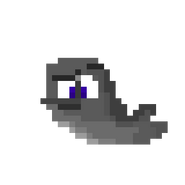 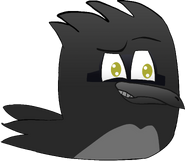 Henry's Appearance in Angry Birds Save the Band!
Community content is available under CC-BY-SA unless otherwise noted.
Advertisement